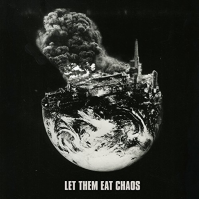 Kate Tempest started out when she was 16, and over ten years later she is a published playwright, novelist, poet and respected recording artist. Her work includes 'Balance', her first album with band Sound of Rum; 'Everything Speaks in its Own Way' her first collection of poems, the critically acclaimed plays Wasted, Glasshouse and Hopelessly Devoted. 'Brand New Ancients', her self-performed epic poem to a live score, won the Ted Hughes prize 2013 and the Herald Angel at Edinburgh Fringe. Her second collection of poetry, 'Hold Your Own' was published by Picador on the back of being selected as a Next Generation Poet by the Poetry Society. In 2014, the Barclaycard Mercury Music Prize nominated album 'Everybody Down' was released and has achieved widespread critical acclaim. Her debut novel, 'The Bricks That Built The Houses', sold in a highly competitive auction to Bloomsbury was released in 2016. The award-winning poet and rapper's electrifying debut novel takes us into the beating heart of the capital in this multi-generational tale of drugs, desire and belonging, becoming a Sunday Times Bestseller along the way. Kate now releases her new album 'Let Them Eat Chaos' through Fiction Records featuring new single 'Don't Fall In'. CD - Mintpack. LP - Heavyweight vinyl - Gatefold with insert and download card.