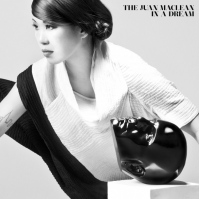 'In A Dream' is the third album from The Juan Maclean. If anything, this new LP is further evidence of the "undeniable creative chemistry between house music wizard Juan Maclean & vocalist / former LCD Soundsystem member Nancy Whang". (Pitchfork) The album takes its musical cues from Moroder's Munich to the Funky Nassau sounds of Compass Point and to anytime in downtown NYC.

An album of high anticipated, brand new material on the heels of The Juan Maclean's acclaimed club bangers from the last couple of years. Features singles "A Place Called Space" and "A Simple Design". Everyone that has heard the record loves the hell out of it, and I promise you will too.