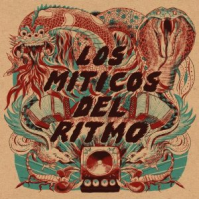 This LP is 100% analogue and comes with an original screen-printed front cover designed by the London based artist Lewis Heriz.

Covers of Queen’s ‘Another One Bites The Dust’, Michael Jackson’s ‘Don’t Stop’ and Gildardo Montoya’s ‘Fabiola’ (as featured on Soundway’s ‘The Original Sound of Cumbia’ sit along side original cumbias on this feel good, house party cumbia LP.

Recorded in Will’s home studio in Cali, his approach was to produce an album with the aesthetics of 1960s tropical recordings made in Colombia and the Caribbean. Careful attention made to preserve the analogue quality of the recording at every stage.