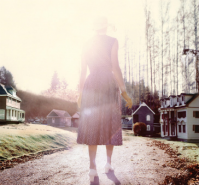 Adventures In Your Own Backyard

After five years pounding pavement behind his 2007 Polaris Prize winning Close to Paradise and its Polaris nominated followup Wooden Arms, Patrick Watson took respite in his Montreal apartment to craft his next album. The fruit of the indie pop singer/songwriter’s labor is Adventures In Your Own Backyard, a new LP due May 1st. Watson says the record, his first on Domino and Secret City, is his band’s attempt to “make the kind of music we would want to listen to at home”; fitting that’s where it was recorded, then.