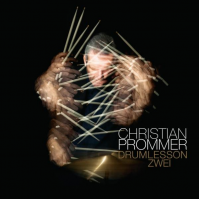 When Drumlesson Vol. 1 came out, Boomkat noted that "ominously" there was a second one on the way. While a bit harsh, you could see where they were coming from: Jazz versions of dance classics with a live band seemed like a recipe for backslapping self-indulgence and inanity. Crowd-pleasing reworks of "Rej" or Kraftwerk unfortunately recalled Richard Cheese more than Carl Craig's futuristic jazz explorations. Things have changed with the second installment, though, and for the better. Prommer, known for his work with Truby Trio and Voom:Voom alongside Peter Kruder, adds more musicians but narrows the subject and the result is a tighter and more adventurous offering.

The band now counts a guitarist, keyboard player, percussionist, bassist and drummer among those giving the "lesson," which is edited and mixed by Prommer himself. Each track gets its own treatment, but they all share an emphasis on intricacy performed with a precision that nods to the prevailing influence of minimalism. There are bangers: Rolando's "Jaguar Part 2" and Aril Brikha's "Groove la Chord" sacrifice directness and "largeness" of the synths for more of a shuffle and come out as energetic as the originals.

Where Drumlesson Zwei takes a more interesting turn is in its more ambitious reimaginings. Stefan Goldmann's thudding "Sleepy Hollow" becomes a filmic David Holmes number that's incredibly sexy to boot while Kruder & Dorfmeister's "High Noon" is made even more louche and Balearic. Dennis Ferrer's house anthem "Sandcastles" becomes a jaw-dropping eleven-minute exercise in tension and atmosphere. Prommer and his band take these tracks on and (apologies for paraphrasing Simon Cowell) really make them their own, a promising sign for what, one hopes will be a better, bolder Drumlession Drei.