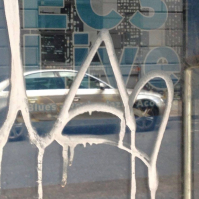 Remain Calm is the debut album from Mica Levi and Oliver Coates. Born out of an impromptu NTS show from October 2014 where the duo mixed fragments of Oliver's classical compositions with Mica's electronic melodies to produce an album that blurs the lines of modern composition, grime, techno and drone. Bringing together thirteen tracks that have been chopped and screwed to produce a crossbreed of their collective tastes, before being passed to long time allies Slip to release. From Oliver's training as a classical cellist and his work as part of the London Contemporary Orchestra. To Mica's work as part of the Rough Trade group Micachu and The Shapes, and of course the breathtaking Under The Skin soundtrack. Evolving out of the NTS session, the sounds on Remain Calm have drifted far from the original broadcast, but the DNA is one of DIY through and through. Snatches of Oliver's cello ring through the album's core with an inquisitive curiosity that is transcribed into raw, analogue sculptures of visionary soundtrack of contemporary urban life. From the bleary-eyed up-early Saturday morning awakening of Barok Main, to the late night sorrowful slump of snatched voices that carries I'll Keep Going in a forward motion. The soundtrack work of both Mica and Oliver really comes to the surface on Dolphins Climb Onto Shore For The First Time, while Dragon In The Mist and Say Goodbye To Everyone show their tastes for early 2000's grime and garage, as explored on Mica's releases for Demdike Stare and Oliver's recent Upstepping LP released by PRAH recordings. Remain Calm pulls in influence from the best work of artists such as Broadcast, The Black Dog, Arthur Russell, Suzanne Ciani, Andy Stott and Autechre to produce an album that in a world where everyone is going deeper into abstract electronics, the live instrumentation on show here means it will rise high above the rest, and is sure to be marked as a jewel in each artist's discography for years to come.