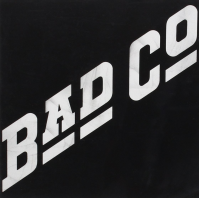 Singer, songwriter and multi-instrumentalist Rodgers, along with guitarist/songwriter Mick Ralphs, bassist Boz Burrell, and drummer Simon Kirke recorded the band’s eponymous debut in November 1973 using Ronnie Lane’s mobile studio at Headley Grange, the former poorhouse where Led Zeppelin recorded frequently. When Bad Company was released the following year, the album went to #1 in America, the album features the hits “Can’t Get Enough,” “Bad Company,” “Ready for Love,” and “Movin’ On.”

The second disc of the Deluxe Edition features 12 tracks, including eight previously unreleased recordings such as the demo for the ballad “The Way I Choose,” a take of “Bad Company” recorded right before the album version, and an unedited version of “Superstar Woman,” a song that Rodgers later recorded in 1983 for his solo album Cut Loose. Also featured is the single edit of “Can’t Get Enough,” and the B-sides “Little Miss Fortune” and “Easy On My Soul.”