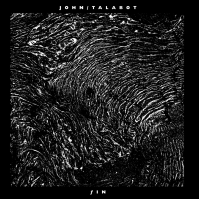 Given its origins as a movement that made repetition an art form, bringing dancefloors to a state of communal euphoria, house music has proved itself a surprisingly pliable genre since its birth in the early ’80s. Over three decades of tinkering and cross-splicing, the house of house has been torn down, rebuilt, renovated and repurposed by new generations of producers, each keen to hammer its bricks into new and exciting structures. Nowadays you’re more likely to encounter house as an important thread in a larger tapestry of influences than hear it in its simple, original form.

The evolution of house is a fascinating example of the ways in which our expectations and perception of popular musical forms have morphed over the years. Just like punk, heavy metal or even that comparative upstart dubstep, house is a genre that has exploded into a thousand fragments and been subverted in a thousand ways, so much so that a simple throwback to the genre’s beginnings might today seem a little, well, obvious.

Case in point: John Talabot, a Barcelona-based producer whose debut album takes a darker, icier slant on house than his sun-baked hometown might suggest. Talabot looks into house’s haunted corners, rummaging through its basement in search of secrets. Like Swim, Caribou’s stunning 2010 album, Fin imbues its tracks with a cultish quality. An almost fanatical collectivism has always been an undercurrent of house culture, but Talabot takes this predominantly positive togetherness and flips it over to reveal an altogether more sinister atmosphere. Sure, the album’s seductive synths and steady beats bring a house-like togetherness, but its motives seem much less clear. If Fin is like a cult, though, it’s hard to resist drinking its Kool-Aid.

The album’s opening tracks are clear signposts of the strange magic that Talabot weaves on Fin. Opener ‘Depak Ine’ mirrors the classic house structure over its seven-minute runtime, steadily introducing new elements over a simple beat and synth line. But at the track’s outset, its beat gradually coalesces amid the oppressive hum of crickets and frogs; a rainforest cacophony that subtly runs in the background throughout the track, giving the impression that this is a party you might glimpse as distant torchlight just beyond the tree line, a party of the damned. ‘Oro Y Sangre’, meanwhile, opens with a woman’s terrified scream, a technique that shocks at first; but as the screams return at regular intervals throughout the track, it’s almost disturbing how quickly they’re folded into the machinery of the beat, just another element we’re tapping our feet to. It’s enough to make any listener feel brainwashed by the church of dance.

If all this makes Fin sound like it might be a bit of a chore to listen to, Talabot’s skill in creating incredibly satisfying beats ensures that it’s quite the opposite. Despite the ominous undertones, the dancefloor is clearly never far from Talabot’s mind. If ‘Destiny’, one of two brilliant co-productions with fellow Spanish DJ Pional, doesn’t get you moving, it’s entirely possible you’re a statue. Perhaps it’s this combination of dark impulses and an inherent, irresistible danceability that provides the key to the album’s appeal.

Fin also deftly sidesteps any sense of repetition (always a concern with a full-length house record), with a wide and varied sonic palate. The dense synth wall of ‘El Oeste’ sounds like a spectral, half-speed version of classic Streets tune ‘Geezers Need Excitement’, while the opening of ‘When the Past was Present’ recalls the sheen of the Human League in their ’80s prime before settling into its house/trance hybrid beat. Talabot even changes the album’s pace by occasionally letting the sun peek through the clouds, most notably on ‘Journeys’, which mixes welcoming vocals from Delorean’s Ekhi Lopetegi and an uplifting, major-key melody that, on an album like this, proves a genuine surprise.

No matter what influence Talabot is channelling, Fin never sounds anything less than distinctive and utterly captivating. It’s a rare example of an album that’s at once deep and instantly appealing, a record equally capable of moving your brain, your heart and your feet (sometimes all at once). Despite its release in the early months of 2012, there’s little doubt that it will be one of the standout alternative dance albums of the year, and in making it Talabot has graduated from a promising talent to a confirmed visionary.