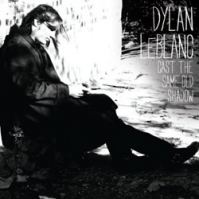 Twenty-two-year-old Dylan spent most of his youth in Fame Studios in Muscle Shoals, Alabama (previously home to greats such as Otis Redding, Aretha Franklin, Wilson Pickett and Etta James). Fame's head, Rick Hall, signed Dylan to its publishing arm as soon as he was legally of age to do so - eighteen. Part of the deal was that Dylan got access to the studio, where he recorded both his debut album 'Pauper's Field' (2010) and the bulk of the forthcoming follow-up 'Cast The Same Old Shadow' which was then completed in New Orleans.

Co-produced by Dylan and Grammy award-winning engineer Trina Shoemaker (Queens of the Stone Age, Sheryl Crowe, EmmyLou Harris), the album has a highly adventurous, cinematic feel. Dylan cites George Harrison's 'All Things Must Pass' as being a major influence on this record, and you may also hear echoes of Gene Clark as well as Glen Cambell's early work.

Of the record, Dylan says: "Even if we change on the inside we will always cast the same old shadow in the light of day. That thought process became the foundation for the structure of this record. I wanted to do something different and exciting, and there's no wrong way to make music if it comes from within. This is not a self-seeking record, this is an honest record. Wherever we go, there we are. I'm really hoping this album will move people".