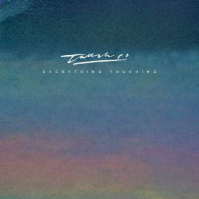 Tall Ships have confirmed that their debut album 'Everything Touching' will be released in October.

The debut album is a tricky thing to get right. Some bands rush into it, slapping their live set down on tape without thinking of who they are and where exactly they want to take their music.

Thankfully, Tall Ships have taken their time. The London group have played countless shows across the country, building a cult following with a handful of impeccable singles. Gently building their debut album, the group have now emerged from the studio clutching the final mix.