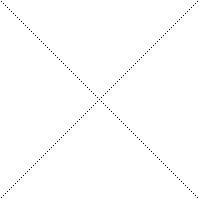 The Green Mountain State isn't exactly known as an electronic-music hotbed, but that hasn't stopped two German musicians from adopting the state's name as their collaborative alias. Recording as Vermont, Marcus Worgull and Danilo Plessow will release their self-titled debut album in March on Cologne's Kompakt label.

It's the first time either artist has appeared on the titanic techno imprint, but Vermont's members are both well known for their respective solo work. Worgull, much like his Innervisions colleagues Dixon and Ã‚me, is a careful craftsman of sensitive, understated epics, a style he put to excellent use in his remix of the xx's "Fiction." Plessow, better known as Motor City Drum Ensemble, is a devotee of classic, sample-heavy house; he paid tribute to his roots on his 2011 DJ Kicks mix, which featured songs from Mr. Fingers, Robert Hood, and Arthur Russell's Loose Joints alongside selections from Sun Ra, Tony Allen, and Aphex Twin. (It was also, incidentally, one of SPIN's 20 Best Dance Albums of 2011.)