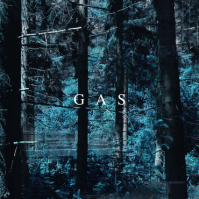 Nearly two decades after the last official Gas album release, Wolfgang Voigt returns to his iconic Ambient project with a brandnew full-length. While earlier Gas tracks were often based on the hypnotic effects of looping techniques, the 10 new pieces on Narkopop unfold their magic in a more entwined manner, sometimes with the sonic might of an entire philharmonic orchestra, sometimes as subtle and fragile as the most delicate branch of a tree with many. A main characteristic of Voigt’s oeuvre, the coalescence of seemingly contradictory stylistic aspects such as harmonious and atonal, concrete and abstract, light and heavy, near and far is also a decisive feature of Narkopop.