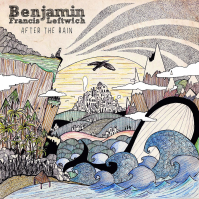 Benjamin Francis Leftwich releases his new record 'After The Rain'. The record follows 2011's debut record 'Last Smoke Before The Snowstorm', and is produced by Charlie Andrew (alt-J, Money). It was written following the death of his father, "during those months which saw him at his lowest". Speaking about the LP, Leftwich says "If one person emails me and says 'This is the most moving song I've ever heard and it really helped me' - if it gets one person like that, I'd be really happy." Fragile and steeped in emotion, lead track 'Tilikum' was written opposite his father's old house.
LP - Heavyweight green vinyl in printed inner sleeve featuring all 12 of the album's illustrations plus Download.