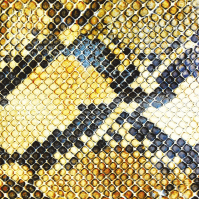 The Amazing Snakeheads - Dale Barclay, William Coombe and Jordan Hutchinson - are truly a force of nature. 'Amphetamine Ballads' is the soundtrack to the dark corners of nightclubs and those dimly lit alleyways off the main drag. The smell of smoke and liquor pervades everything. Recorded at night time at The Green Door Studio in Glasgow, this is a subterranean record, an album that can show you 'round the parts of a city that come alive after dark. A monument to the redemptive powers of rock & roll, full of rage, romance and dark humour, 'Amphetamine Ballads' is an uncompromising, astonishingly visceral debut album.