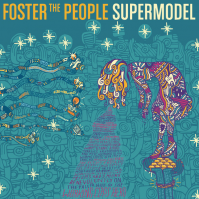 The band's second LP follows their debut 'Torches', which was released in 2011. It will feature the song 'Coming Of Age', which you can listen to by clicking below. See below for the full album tracklisting. The band teased their second album earlier this month, posting a snippet of 'Coming Of Age' on YouTube alongside the message: "We're Back. Here's a glimpse of 2014". A new album was initially expected from the band in 2013, with frontman Mark Foster saying that the record would be more "evolved" and inspired by The Clash, The Kinks, West African music and David Bowie.