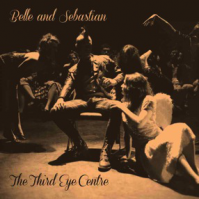 Belle & Sebastian are set to release â€˜The Third Eye Centreâ€™ - a collection of rarities, collectibles and non-LP tracks from the last decade â€“ on 26th August on Rough Trade Records in the UK and 27th August on Matador in the US. The album will be available to buy on CD, download and as a double heavyweight vinyl in deluxe heavy gatefold packaging.

The tracks are taken from the Glaswegian bandâ€™s most recent three albums released on Rough Trade â€“ â€˜Dear Catastrophe Waitressâ€™ (2003), â€˜The Life Pursuitâ€™ (2006) and â€˜Write About Loveâ€™ (2010). The album can therefore be seen as the follow-up to â€˜Push Barman To Open Old Woundsâ€™ (2005) â€“ a compilation of the Belle & Sebastian singles and EPs released on Jeepster Records.