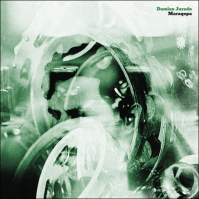 Closer to 20 years of making music than 10 years, Damien Juradoâ€™s guitar tone is a signature one. But the first few seconds of that recognizable strum is about the only familiar element to the first single and opening track to his 10th LP Maraqopa, his second collaboration with producer Richard Swift. The song brings into focus the increasingly idiosyncratic creativity of a songwriter whoâ€™s found his stride with an accomplice wielding the chops to faithfully develop and commit that vision to record.

Following the release of the Swift-produced Saint Bartlett, and with the help of Vetiver guitarist Daniel Hindman to lay down the â€œSantanaâ€ on â€œNothing is the News,â€ the notion of Jurado as a lonely singer-songwriter is steadily being replaced by that of Jurado as a sonic alchemist, extracting beauty from a bubbling cauldron of only-he-knows-what. In this place conceived in a dream called Maraqopa, Jurado is compounding our conceptions of â€œpsych,â€ and returning the wordâ€™s use to describing that cognitive state where your imagination can determine your reality. Located on side A at track one, â€œNothing is the Newsâ€ probably isnâ€™t what anyone expected out of Jurado and Maraqopa. And that is most definitely the point.