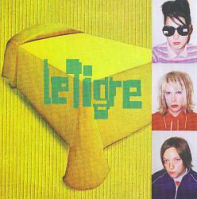 ‘Le Tigre’ was the debut studio album of American music trio Le Tigre.
It was originally released on October 26, 1999 by Wijja in the UK.
The album combined pop music with the band's feminist political lyrics.
Now regarded as a classic, 2015 sees the album being reissued on vinyl.