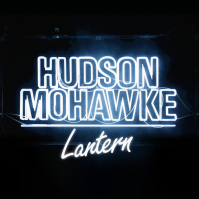 Ross Birchard has made the leap from beatmaker to genuine super-producer far more spectacularly than most. Drake, Lil Wayne, Bjork, Antony & The Johnsons, R. Kelly, Big Sean, Pusha T, Pharrell, Mark Ronson, Miguel, John Legend, Future, Rick Ross - the list of credits spirals into the upper echelons of adventurous hip pop titans. Hudson Mohawke had been knighted a fully paid-up producer to the stars and then he did what other pop producers fail to do - he went and had a few hits of his own, starting in the summer of 2012 when he and Lunice teamed up for an unassuming drop under the name TNGHT (Warp x LuckyMe), continuing most recently with last year's Chimes EP when Apple chose the track for their new global campaign literally wearing a Hudson Mohawke sticker proudly on their product.
Now he is back with his first solo album in over five years and it's everything you've wanted and very little of what you've expected. 'Lantern' is a fusion album of soaring orchestration and widescreen club dynamics. It looks unwaveringly towards the future while embracing an evolving, timeless canon of pop and soul music; tracks feature Antony Hegarty, Miguel, Jhene Aiko, Irfane, Ruckazoid, and Devaeux. Says HudMo, " This album is everything I've been working towards. I wanted to make a classic - at least for me and my friends. I never wanted to be any genre. I wanted to be my own thing. Everything."