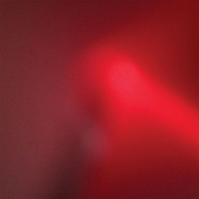 In late 2014, Meat Wave’s 24-year-old frontman Chris Sutter found himself facing the end of the relationship he had been in since he was 12 years old. “When you’re in something like that for so long, it doesn’t shield you from the world, but it softens your reality,” he explains. “A long relationship like that gives you confidence.” The Chicago punks had already made their second album Delusion Moon, a hardcore blast that castigated the weak excuses we ply for poor behaviour. That would come out in 2015. In the interim, Sutter started keeping a notebook to try and document the profound mood swings and torrents of anxiety that he was experiencing in the wake of the split, writing stream-of-consciousness poems about his feelings from day to day, city to city. One term kept coming out: the incessant. The Incessant became both the title and guiding light for Meat Wave’s third album “There was this realisation that I felt like the music I had written prior to this was more of a defence mechanism of sorts by not writing about what was going on in my life and not confronting myself, and instead looking outward at other people and what they were doing,” he says. The Incessant is a bracing, emotional record that confronts taking responsibility for your actions with dark humour and self-deprecation.