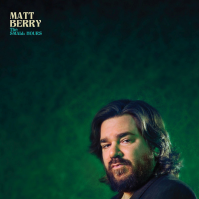 Matt Berry announces the follow up to his critically acclaimed string of records with his latest album, 'The Small Hours'. Following on from Witchazel and Kill The Wolf through to 2014's Music for Insomniacs (which saw the musician, writer and celebrated actor explore the effects of sleeplessness through a range of modular equipment) 'The Small Hours' is perhaps Matt's most personal yet, exploring themes of death, religion, loneliness and the changing of the seasons. The album was recorded live at Rimshot Studio in Kent using a 60 year old hand built Decca desk as well as at Matts own studio in South London. Like its predecessor,' The Small Hours' is themed in a transient state full of mystery and intrigue; Matt says "[the album] refers to the small hours before dawn when you and me worry about things. It can be an intensely quiet time and so all your thoughts and fears can be amplified. Drawn to the electrified 70's of Miles Davis, 'The Small Hours' sees Berry for the first time use his band live in the studio for the basic tracks, before embellishing/completing the songs himself in his own studio. He's expanded his sonic palette even further than previous albums, with an arsenal including an electrified Rhodes piano, Xylophone, Bass Clarinets, Horns and even a Waterphone to create his most high-fidelity work yet. Guests musicians on the record include Ben Castle who played sax, bass clarinet, Steve Jourdonas - trumpet and long time collaborator Cecilia Fage on Backing Vocals.