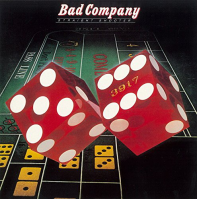 Of the 14 bonus tracks, all are previously unreleased except the B-side “Whiskey Bottle.” Among the standouts is a stripped-down version of “Shooting Star,” a remix of “Good Lovin’ Gone Bad” with alternative guitar and vocals tracks, as well as two lost gems, never released before: “See The Sunlight” and “All Night Long.”