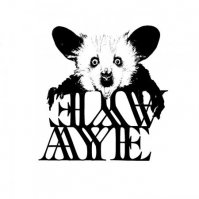 The CV on Aye Aye, the long-rumored self-titled debut by Philadelphia’s premier desert blues marsupials, runs deep through the beer-strewn underbelly of Philly rock. The Gibbons Bros’ unmistakable slow-motion, big-chord fuzz will be familiar to anyone who’s taken a plunge into the Bardo Pond soundpool over the last few decades, though a cultivated ear will note more grits and butts and less pedalboard worship here. Ben Leapheart retains his very official title of greatest drummer in Philadelphia—have you shmoes not heard Purling Hiss or Watery Love?—with his innate understanding that the drums lead, not merely keep time. And then there’s the high lonesome harp of Harmonica Dan Balcer, a record hound of profound depth. He’s been the public face of Boogie Witch, blown his harp on records by Jack Rose and Birds of Maya, blasted noise with the Megajam Booze Band, patiently schooled dingdongs from behind the counter at the Philadelphia Record Exchange, and devoted unhealthy decades to an insatiable thirst for true rock spirit. Yeah, yeah, cool, but what does it sound like? OK bub, how about terrestrial crunching rock drifting over a great expanse?