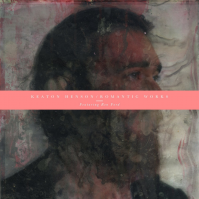 Keaton Henson has released a surprise new album 'Romantic Works', his first collection of classical compositions. It was made available without prior warning on the same day as his biggest show to date; headlining London's Queen Elizabeth Hall at the personal request of UNKLE's James Lavelle for Meltdown Festival (with Keaton's show selling out in a morning) 'Romantic Works' follows Keaton Henson's acclaimed second record 'Birthdays', which was named one of Rough Trade's Albums of the Year, saw him collaborate with Sir Derek Jacobi, and complete a remarkable return to the live arena. Following acute stage-fright early in his career, Keaton went from playing small cinemas, museums and churches worldwide to London's prestigious Emmanuel Centre, with each date selling out in minutes. Tired and full of thought, among new songs about touring, staying indoors and lost love, Henson found himself writing quiet, instrumental pieces. As they began to build up, he decided he would teach himself the art of orchestration and arrangement, despite his inability to read or write music; inspired by the repetition and simplicity of the likes of Arvo Pärt, Philip Glass and Henryk Gorecki with instrumental influences from Keaton's long-time idols, Elgar, Vaughan Williams and Saint-Saëns. All about emotion, with no strict rules - but using his knowledge of how to craft a pop song - these pieces grew into 'Romantic Works': a stunning collection of works for cello, woodwind and piano. Dubbed "bedroom classical", the album was recorded entirely in Keaton's small bedroom in London, together with close friend and guildhall virtuoso cellist Ren Ford. Henson used found objects and charity shop instruments to build layers, and field recordings from the last two years of his life to paint strange ambient scenes and recall memories. Throughout, the idea was to make "classical" music without pretence or ornate concept; to articulate the stories even Keaton struggled to put into words through instrumental music instead. Opening piece 'Elevator Song', for instance, recalls Keaton's pre-performance experience in an elevator, and of the journey from panic to the stage, and eventually making it through. As an album, 'Romantic Works' is a bold and idiosyncratic crossover of indie and classical, and another twist in the career of this unpredictable young singer, songwriter, visual artist and poet.