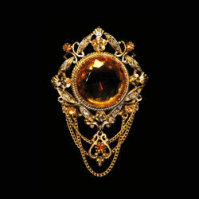 Four years after Fuck Buttonsâ€™ Benjamin John Power and Andrew Hung dropped the second of two of the most unparalleled electronic-driven albums in recent memory, with the hyper-acceleration of 2009â€™s blistering Tarot Sport, the duo return with a new album Slow Focus, their first self-produced record, and one that looks set to re-shape the landscape of the leftfield all over again.

Once again abiding by their fundamental rule that â€œwe must always be in the same room when writing,â€ what Fuck Buttons have created on Slow Focus is something that feels more close-up than ever before, a first- person view through winding pathways set against a frequently aggressive and constantly evolving terrain. Itâ€™s an ominously shimmering mirage that could only have come from their own volition. â€œSlow Focus seemed like a very apt title when considering the sentiment of the music,â€ comments Benjamin John Power, â€œIt almost feels like the moment your eyes take to readjust when waking, and realising you're in a very unusual and not a particularly welcoming place. We like to think that we create our own new landscapes, and with this it's a very alien one.â€

You could argue this is the first album where the pair have really gone all in, taking control right down to producing it at their own Space Mountain studio. â€œWe've used producers as safety nets in the past,â€ says Andrew Hung, â€œbut we've always had a very specific idea of what our music should sound like and so it became about following the logical path.â€
*Between them, Fuck Buttons have been busy behind the scenes in the intermediate four years since Tarot Sport, but they were flung out into the perception of the global public last year when Danny Boyle opted to use their music in his breathtaking Olympics opening ceremony in London, after recommendations from techno veterans Underworld. Now theyâ€™re ready to face the limelight again in full, with a string of European festival dates coming up, including Primavera, Glastonbury and Green Man. Itâ€™s been a while since we heard from them, but Slow Focus looks set to further establish Fuck Buttons reputation as one of the most arresting electronic acts in the world today.