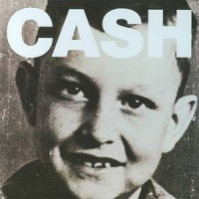 Originally released in 2010 to mark what would have been Johnny Cash's 78th birthday, this album compiled by Rick Rubin, features songs recorded during the same sessions as 'American V', shortly before Johnny's death.

The songs this time around are rooted in the gospel roots of his childhood and it's a deeply moving, spiritual album.