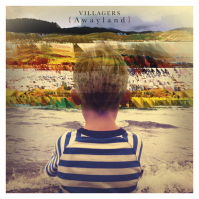 {Awayland} is the title of Villagersâ€™ new album, released on 14th January 2013. The follow up to the Mercury-nominated and Ivor Novello Award winning debut, Becoming a Jackal, was written by Villagersâ€™ Conor Oâ€™Brien and was produced and mixed in Ireland by Conor with bandmate Tommy McLaughlin. Conor had the following to say about the album:

â€˜{Awayland} is a diverse album... It takes you on a trip through a musical landscape, as a tribute to your sense of wonder. It travels through space and time and leaves you back for dinner. It might take a few gobbles. Maybe try it on headphones first, without interruption. I hope you enjoy.â€™