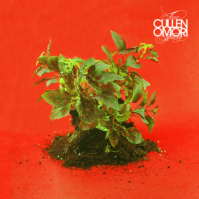 Cullen Omori knows it#s a false cliche to say there are no second acts in American lives, but after the 2014 breakup of his acclaimed band the Smith Westerns, living that cliche was his greatest fear. His solo debut New Misery, is a direct challenge to that anxiety an album that goes beyond the glam punch of the Smith Westerns to new sounds, new sources of inspiration, and greater self-awareness. #I had this overwhelming feeling that perhaps the apex of my life both as a musician and as an individual would be relegated to five years in my late teens/early 20s,# says Omori, who was launched into the music industry when the Smith Westerns, who started in high school in Chicago, became fast-rising indie stars. #This fear really forced me to work hard as to not see the Smith Westerns as an end but as a point along a bigger trajectory.