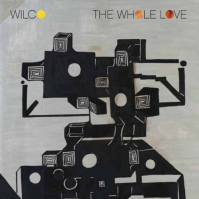 Jeff Tweedy's Chicago band have made a mockery of their initial pigeonholing as alt.country. On their eighth album, the typically unpredictable primary influences seem to be Nick Lowe's spiky new wave and the multitracked Beatles of Abbey Road. Then again, the single I Might could be Tom Petty guesting with Spoon. Produced so inventively that it still often feels avant garde, The Whole Love unifies Wilco's leftfield and pop sensibilities. The album rollercoasts from speaker-melting guitar solos (Art of Almost) to contemplative comedowns (Sunloathe, Black Moon) to recorded bells and a town crier (Capitol City). They have ideas to burn, but the best moment here is the simplest: the sublime One Sunday Morning, based around a folk guitar motif of such beauty it never outstays its welcome during 12 epic minutes.