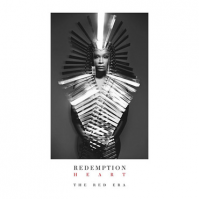 DΔWN (aka Dawn Richard) is one of music’s most distinctive voices and songwriters, developing her own unique style via a tirelessly independent route. DΔWN’s last album Blackheart was FACT Mag’s number 1 album of the year, and was in Best Album of 2015 charts by Pitchfork, Rolling Stone, Vogue, LA Times, Spin, Elle, Noisey and The Guardian, who called it “the most ambitious and revelatory album of 2015”. Her new solo album Redemption strikes the perfect balance between future-facing electronic music (with production from Machinedrum and Noisecastle III) and the music of DΔWN’s New Orleans upbringing, bound together by an untouchable approach to song-writing and flawless vocal range. The final part in a trilogy that started with GoldenHeart and continued with Blackheart, it represents her most focused, complete album yet.