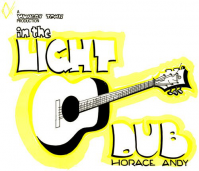 In the Light Dub

In The Light is rightly regraded as Horace Andy's strongest testament. Originally released in 1977 and given confirmed reggae album classic status by it's 1995 Blood & Fire release, it's re-issued here on CD complete with it's Prince Jammy dub companion along with newly commissioned sleeve notes from reggae historian Noel Hawks featuring previously unseen photos. There are two vinyl formats # one featuring the original 10 tracks, and the other featuring the Dub (in its iconic original sleeve). Horace Andy's profile already legendary in reggae circles, has been internationally raised by his work with Massive Attack and his continued live presence, 'In The Light' captures him at the very of his game.