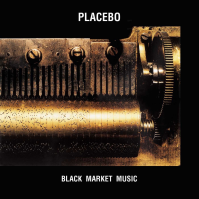 Black Market Music is the third studio album by English alternative rock band Placebo, now available as a Bronze/Gold effect vinyl. 2015 has already seen the band play sell out shows on their longest-ever UK tour. Now the band’s first five albums are remastered and re-issued. Placebo are one of the defining alternative rock bands of the past 20 years, with 12 million albums sold to date worldwide. The band’s self-titled debut album helped pave the way for a strong shift in British music, acting as an antithesis to Britpop and inspiring a generation of bands to follow them.