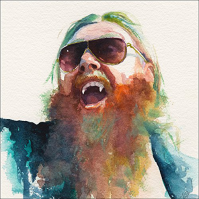 Songs In The Key Of Animals

LP includes full album download. RIYL Beck, Harry Nilson, Randy Newman, The Flaming Lips. North Carolina's Benji Hughes fronted a rock band in the nineties. He's written commercial jingle. He's made music for film and television (Walk Hard, Eastbound & Down). He released 2008's A Love Extreme, his excellent double-LP debut record. But these ventures aren't different hats Hughes wears. They're not different paths traveled. This is Hughes playing in different keys. Now, for his first full-length on Merge, Benji Hughes is playing Songs in the Key of Animals. Recorded over two years mostly at Frisbie studios in New York, the record is 41 minutes of pop-music exploration. The album has a summertime immediacy but an evergreen resonance (see "Longshot"). It's clever but too deep for punchlines (check the excellent back and forth of "Picnic"). It is sincere ("Girls Love Shoes") yet heartbreaking ("Song for Nancy"). It's eccentric but never forced in its strangeness. It's the kind of record that reminds us music can be fun without being empty. It's an album full of peacocks and sharks and zebras and tigers, but ultimately, it's about us. "People are animals," Hughes says, "even if some people don't want to admit it." Songs in the Key of Animals taps into something beyond just intellect or trend or taste. It's all about the feel, the connection between the player, the music, and the listener. Tracks: Peacockin' Party, Girls Love Shoes, Shark Attack!!!!!!!!!!, Zebra, Fall Me in Love, Sugartree, Freaky Feedback Blues, Magic Summertime, Picnic, Longshot, Song for Nancy, ? Take You Home.