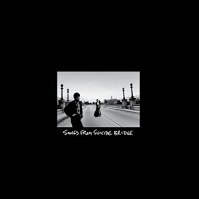 Home-recorded on a four-track, Songs From Suicide Bridge was released on the pair's own Donkey Soul Music in 1984. If this were a movie, the album would have been a huge success. Instead, the 500 copies pressed found their way to few willing ears. Though real life encroached, Caboor and Kaufmann continued to work together, releasing albums as The Drovers in 1989 and 1992. Now, their debut is to be released by Light In The Attic Records with brand new liner notes by Sam Sweet. Hopefully, it will finally find its audience-a listener who can see hope in the darkness. "People would tell us those songs were depressing," Caboor says in his interview with Sweet, "but it wasn't depressing to us. In a lot of cases, playing those songs in that little room was one of the only things that made us feel better."