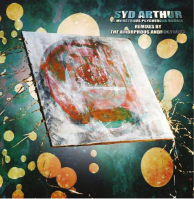 Following their critically acclaimed remix/production work with Noel Gallagher, Paul Weller, DJ Food, Pop Levi and their award winning compilation series "A Monstrous Psychedelic Bubble Exploding In Your Mind", The Amorphous Androgynous now turn their attention to Canterbury psych-rock quartet Syd Arthur, who were recently named Breakthrough Artist of 2014 in the Prog Awards. Choosing five tracks from Syd Arthur''s back catalogue to re-work, The Amorphous Androgynous have fed these tracks through the AA sonic blender, turning up the saturation of the psychedelic dimensions within the Syd Arthur universe. The resultant album is a seven track, 45 minute auditory delight with the controls set resolutely toward the heart of the sun. Syd Arthur is fresh from a two month tour of the STATES supporting YES and a headline UK tour of their own.