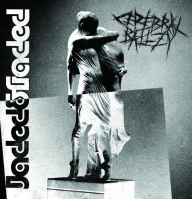 Probably the coolest band in the world at the moment, a truly legit modern hardcore/punk band, and by far my favorite. It's beyond exciting to try and help them in any and all ways we can and were honored to put their deliriously great new record [Jaded & Faded] out on Cult Records. - Julian Casablancas Jaded & Faded by Cerebral Ballzy is the bands sophomore studio release, which follows 2011s self-titled record. The album was recorded at Sonic Ranch outside of El Paso, Texas. Jaded & Faded is produced by David Sitek (TV on the Radio). Honor Titus describes Sitek as ...a fucking mad genius man... He knows what he wants, he knows how to get it and he stops nothing short of perfection. He's really talented, and hes a cool dude, we all love Dave. Describing his time in the studio while recording the record, Titus says there was a lot of power-pop influence going on with Jaded & Faded. Dave just really honed in and made it a polished sound for us. Everyone thats heard the second album in its entirety has just been like, you guys have stepped it up tremendously. Jaded & Faded is mixed by David Kahne, who has previously worked with New Order, Stevie Nicks and the Strokes. Titus has described the sound of Jaded & Faded as way more melodic a lot of it is rooted in our favourite power pop bands like the Nerds and Blondie. Melodic punk that really holds something.