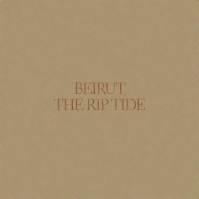 â€˜The Rip Tideâ€™, Beirutâ€™s third full-length album, has been a long time coming. Beirutâ€™s last LP, the critically acclaimed â€˜The Flying Club Cupâ€™, was released in 2007, and since then weâ€™ve only had sporadic samplings of frontman and songwriter Zach Condonâ€™s music, such as contributions to charity albums and 2009â€²s Double-EP â€˜March Of The Zapotec/Hollandâ€™. But yet the band have been playing new and unreleased live material constantly throughout these few years, and it is as a direct product of this that we, finally, have a new Beirut album.

And suffice to say that the wait has paid off. At the risk of jumping ahead to what should rightfully be at the end of a review, â€˜The Rip Tideâ€™ is damn near perfect.

While Beirut previously drew on a whole range of foreign music influences and geographic inspiration, this to me is the first time that they have truly emerged with a sound all their own and completely distinctive to them. This album is certainly a bit more orientated towards pop music than we have become accustomed to from Beirut, but you can still sense the bandâ€™s past in everything they do. You canâ€™t help but get the sense that everything Beirut has done up to now has been leading to â€˜The Rip Tideâ€™, which functions perfectly as a distillation of everything that is so great about the band as well as a progression in their musical style.