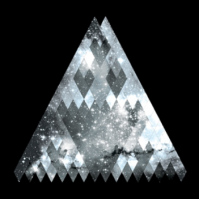 The dubstep up-and-comer's first full-length is due out in May on Black Acre.
The young producer has been releasing music since 2009, exhibiting an increasingly unorthodox take on dubstep with a set of influences often far removed from his peers in the genre. He's never had a definitive home, having released on labels like Soul Motive, Reduction, and Formant, and collaborating with Shortstuff and Peverelist on Punch Drunk. His most recent 12-inch, the synth-heavy "Phoenix," landed on the relatively young Orca label, and makes a reprise on Broadcast as the only previously-released track.

Preceding the album on April 11 will be a single for "Diamond Hearts" backed with a remix from Boddika. Both releases mark Hyetal's debut for Bristol's Black Acre label. The new single continues in the vein of "Phoenix," upping the pop ante with a vocal from Alison Garner. As for the album itself, a press release promises a blend of "John Carpenter, Boards of Canada, early '90s computer games and Prince with the sound system dynamics of cutting edge UK bass music."