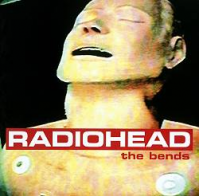 After the massive success of 'Pablo Honey' or, more specifically, the single 'Creep' - had made them a household name, most had written Radiohead off as one-hit wonders. That they could return with an album as awesome and monumental as 'The Bends', therefore, must have been particularly unexpected. On the epic grandeur of 'The Bends', it's obvious that the five Oxford-based boys had matured immensely since the release of their debut. 'High And Dry', 'Just', 'Street Spirit', 'Fake Plastic Trees' nary a pop song among them, yet it's testament to their greatness that they all were hit singles. And really, it's easy to see why Thom Yorke's falsetto crying over a wall of acoustic and electric guitars, as lyrics and music blend to create a masterpiece of melancholy beauty. 'The Bends' is one of the most essential albums of the 1990s, and a spectacular indicator of further greatness to come.