Records of the Week (from 23rd July) 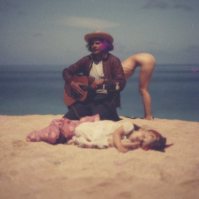 On May 7th, LA singer/songwriter Simone White will release her new album Silver Silver through Honest Jon's Records. The new album was produced by Fol Chen and includes guest spots from Andrew Bird, Thao, and Victoria Williams. White met all three artists while touring. White has released a video for "In The Water Where The City Ends", the first single from Silver Silver. "In The Water Where The City Ends" deals with the 2011 Japanese Tsunami and the animated video was directed by Japanese artist Hideyuki Katsumata.