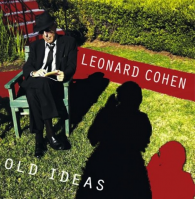 In modern music it is commonplace for ageing performers to attempt to prove that they have a lust for life capable of defying gravityâ€™s pull. But one of the striking things about this always striking album is just how unvarnished is the sound of its creatorâ€™s relative fragility: "I love to speak with Leonard, heâ€™s a sportsman and shepherd," sings the narrator on Going Home, before adding, "Heâ€™s a lazy bastard living in a suit." On the second line Cohenâ€™s voice cracks with such emphasis as to suggest this suit might be one of the last he wears. For a man with a gleam in his eye of such impishness as to make Sir Les Patterson seem decorous, this is startling stuff indeed.
As with any album to which Leonard Cohen puts his name, Old Ideas is a work which displays great finesse. The music presented is gentle, even fragile, with backing vocals and instrumentation similar to that heard during his brace of UK concerts four years ago. But as ever, it is the authorâ€™s sense of poetic balance that renders this release as being a work of art. It is said that for every verse that makes it onto the lyric sheet, a further 10 make it to the floor. Such prudence bears dividend throughout this album. On the mysterious Banjo, he sings of an object of dread floating on "a dark infested sea": "Itâ€™s coming for me darling, no matter where I go / Its duty is to harm me, my duty is to know." - A quite brilliant release from an unmissable artist.