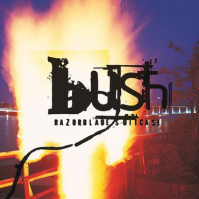 Double 180 Gram Coloured Vinyl LP housed in Gatefold Sleeve. Bush formed in London in 1992 and found their immediate success with the release of their debut album Sixteen Stone in 1994. Bush went on to become one of the most commercially successful rock bands of the 1990s, selling over 10 million records in the United States. Razorblade Suitcase is the second studio album released on 19 November 1996. It was the follow up to their multi-platinum album Sixteen Stone and debuted at number one on the Billboard 200. To date it remains the only Bush album to top the Billboard 200. Recorded at Abbey Road Studios in London with engineer / producer Steve Albini, the album's sound has been compared by many to Nirvana's In Utero album, which was also produced and engineered by Albini.