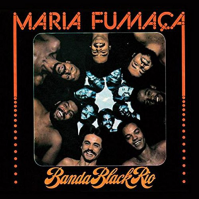 Banda Black Rio's 'Maria Fumaca' is one of the strongest Brazilian samba-disco-funk-soul-fusion albums of all time. Banda Black Rio were formed in 1976 by the late Oberdan MagalhA£es in Rio de Janeiro. They revolutionised 'black instrumental music' at the time with their Brazilian re-interpretation of soul, jazz, funk and disco grooves, inspired by the likes of Tim Maia and reminiscent of Kool &amp The Gang and Earth, Wind &amp Fire during their most on-point period of the 1970's. 'Maria Fumaca' is the groups first album, originally released by Atlantic in 1977 a record that bought the group worldwide fame. 180gm black vinyl.