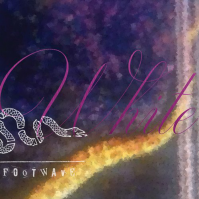 Happy Birthday To Me

This LA-based power trio formed in 2003 by Kristin Hersh and Bernard Georges of Throwing Muses (with Rob Ahlers on drums), was named after the lowest note audible to human ears. The band was intended as an outlet for the noise/math rock pieces that didn't fit the aesthetic of Throwing Muses or Kristin Hersh's solo work. Their most successful and influential release, 2009's Power + Light, is thirty minutes of non-stop music, a barrage of free-form sound that found the band challenging its own complex song structure. Drowned in Sound wrote, "Kristin Hersh has flared back to ravenous, inferno intensity with the excoriating Power + Light, which feels neither self indulgent nor like many tracks cobbled together, but bruisingly visceral." This year's Bath White is their sixth release. Again, they've chosen to work with Los Angeles producer Mudrock, best known for his work with Godsmack. As Mudrock states, "These are the best musicians I've ever worked with, easily the most facile...they're pros and they're good people. 50FootWave is why I do what I do."