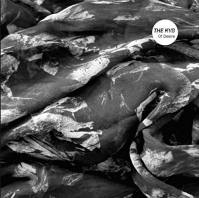 The fifth album from UK darkwave duo The KVB is released on Invada Records. 'Of Desire' is Kat Day and Nicholas Wood's second release on Portishead member Geoff Barrow's Bristol-based label. It follows a string of releases for operations like Downwards, Minimal Wave sublabel Cititrax and Ukraine's ~taqueOT, most of which explored a moody shoegaze aesthetic. The recording of 'In Deep' saw the The KVB raid Portishead and BEAK> man Geoff Barrow's synth collection, as well as roping in Sonic Boom to master it. Their most fully formed record and considered in terms of dynamics, arrangements and instrumentation, taking in influences such as Death In Vegas, Scott Walker and Roxy Music, The KVB have managed to create something that is at once familiar and yet inventive and original.