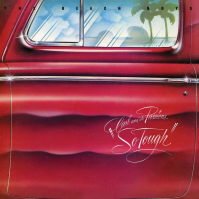 Carl And The Passions So Tough

Universal Music are pleased to announce the release a new batch of Back To Black vinyl reissues focussing on The Beach Boys. These titles were originally release between 1972 and 1985, which includes 15 Big Ones; the first album to be produced by Brian Wilson since Pet Sounds ten years previous. All LPs are pressed onto 180gm vinyl and include download cards.