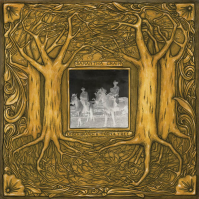 The new album was recorded and mixed at Tiny Telephone Studios in San Francisco, and produced by John Vanderslice, (The Mountain Goats, Spoon) who also helmed Kid Face. The album’s intimate vignettes are marked by Crain’s smoldering vocals and lyrics that call attention to the details of everyday life that often escape us, supported by the subtle musical settings she crafted with Vanderslice and the backing musicians. They brought in engineer Bernie Grundman, who
worked on Michael Jackson’s Thriller, Dr. Dre’s The Chronic, Prince’s Purple Rain and Carole King’s Tapestry to do the mastering.