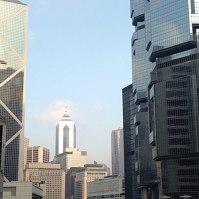 Stateless is the sixth full-length release from Dirty Beaches, the artistic identity of 33-year-old Taiwanese-Canadian artist Alex Zhang Hungtai. On the four-song album, Zhang Hungtai further explores the instrumental side of his identity that has been present since his first release in 2007 on Montreal label Fixture Records. Of course, since then the artist crafted 2011 s breakout record, Badlands, and its critically lauded followup double-LP, Drifters / Love Is The Devil. He has also found the time to compose film scores for Evan Prosofsky s eerie Waterpark short and Jeremy Lynch s The Hippo. Stateless is a reflection on Zhang Hungtai s upbringing in various locales (Taipei / Honolulu / Montreal) and the past two years of living and drifting in Europe. The title reflects several years of reflection on associated ideas like Diaspora, borders and hybridism. A somber meditation on memories from an exiled man on a never-ending search for an imaginary homeland, Stateless puts the finishing touches on a chapter of artistic activity that began when the Badlands LP captured the imaginations of listeners the world over.