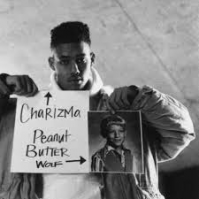 Curated by Peanut Butter Wolf, Stones Throw is releasing a 4LP boxset to commemorate the late MC, Charizma and the collection of works he and Peanut Butter Wolf created between 1990-1993. The anthology includes rare, classic and unreleased tracks that makes up eight sides of vinyl, along with never before seen photos and ephemera. A lifetime has passed since the murder of Bay Area emcee Charles â€œCharizmaâ€ Hicks who, in December of 1993 at the age of 20, was shot and killed at random while sitting in his car. Despite his short life, Charizma made an impression on everyone he encountered. Charizmaâ€™s death deeply impacted his close friend and hip hop production partner Chris â€œPeanut Butter Wolfâ€ Manak, who at the time stopped making music (and everything else) for several months after receiving the news. Ultimately, however, it was Charizmaâ€™s murder that gave PB Wolf the impetus to carry on and get their music heard by the world â€“ setting up his own record label to do so. In 1996, Wolf founded Stones Throw Records and put out the first release, a Charizma/PB Wolf 12â€ single called â€œMy World Premiere.â€ Fast forward to 2014 and over 400 releases later, including the 2003 Charizma album Big Shots, Peanut Butter Wolf now presents a comprehensive tribute to his friend and musical partner, properly showcasing the full body of work left behind by Charizma over 20 years ago.With this posthumous release of an artist who was only 20-years-old when his life was cut short, hip hop fans can only speculate as to what heights might have been reached if Charizma was still here today.