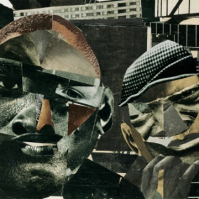 And Then Shoot Your Cousin

From Philly street corner buskers to hip-hop pioneers, from perpetually touring live act to late-night television house band, legendary hip-hop group The Roots have never been one to rest on their laurels. After more than 15 years, the critically acclaimed group continue to reinvent themselves and remain one of musicâ€™s most enduring and forward-thinking bands. The Grammy Award-winning band returns with their 11th album, â€˜And Then You Shoot Your Cousinâ€™, their first release since 2011's â€˜Undunâ€™.